At Athom, we’re extremely proud of Homey’s success. However, we would not be here without our community. Without their feedback and support Homey would never have been where it is today. It’s really important for us to see in what Homey makes users’ lives easier, more fun and more connected. So we’re taking the initiative to visit members of our community to see how they use Homey in their day to day lives. This time, we visited Hans. He's an active member of our community and passionate about speech recognition.

Getting the tour of Hans' home, one particular thing that stands out are the various buttons built into this house. There's a button for every action. These buttons trigger Flows to activate different scenarios. "I can turn anything on and off with one push of the button. That way, I don't have to think about anything when I go to sleep at night." 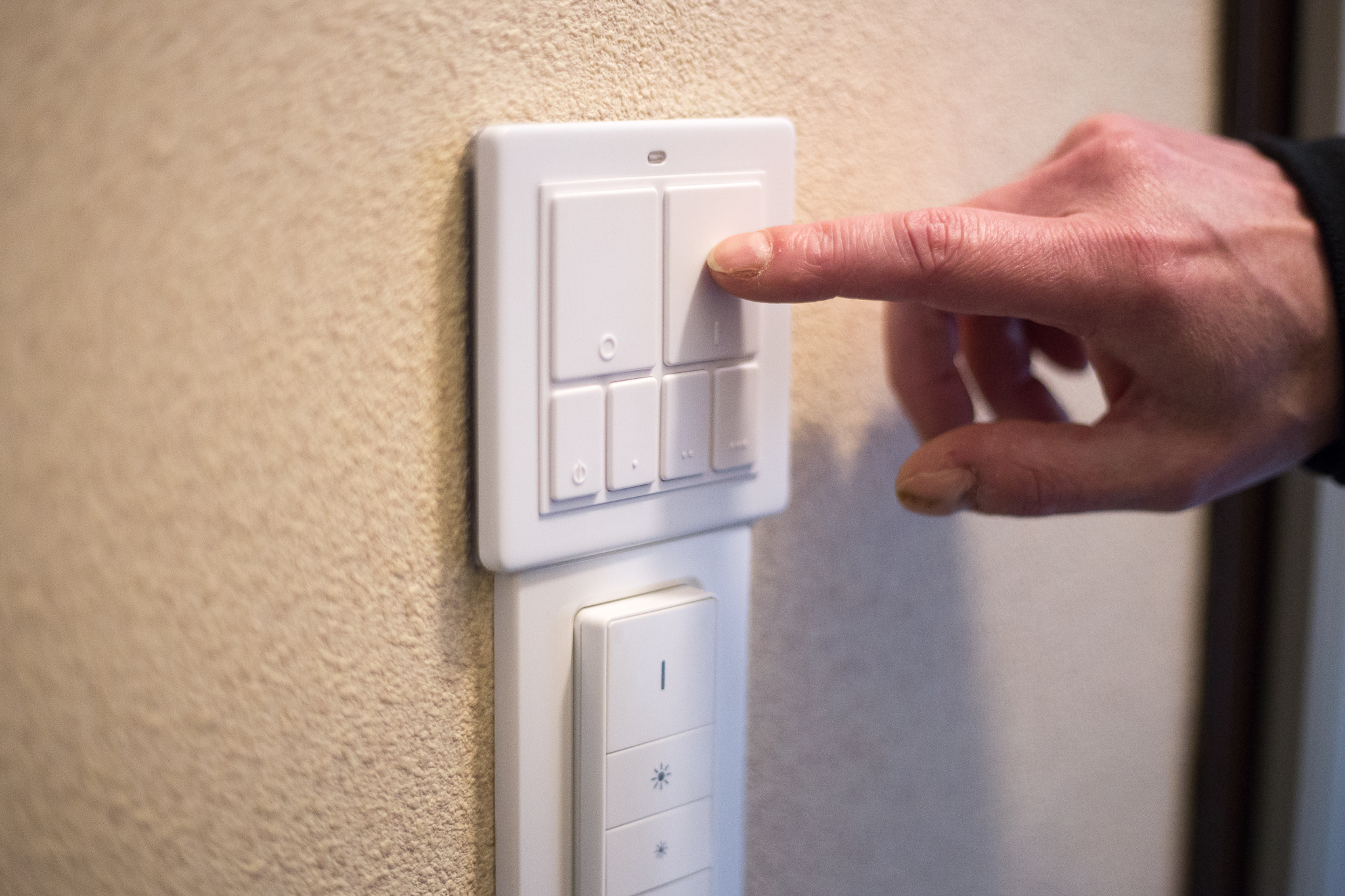 Aside from the buttons, Hans uses a lot of sensors. "If you go to the bathroom, you shouldn't touch anything. People aren't used to that, but everything is fully automated." He thinks of Homey as some sort of braintrainer. "Sometimes you want to achieve something with Homey or your Flows, which somewhat feels like a puzzle. That's a lot of fun!"

As you might expect from somebody with a background in speech recognition and computing, Hans talks a lot to Homey. His voice, his home and Homey are a perfect match. Everything he tells Homey is being understood. He tells Homey to turn his TV on and off, or to turn on the lights when it's dark out.

Even his housekeeper talks to Homey. She greets Homey when she arrives and tells Homey when she is cleaning. "She thinks it's really fun. Some weird little ball in the corner greets her back."

Homey's flexibility is something of great value to Hans. You can adjust everything to your own wishes and demands. "Some people want everything laid out for them. Homey makes it a lot more personal, which I really enjoy."

Aside from Homey's functionality, Hans really likes the Homey Community. "Everyone is always helpful, and during the Community Meetup in November I really got to know new people." He shared a car ride with somebody he met through the community. "We laughed a lot during the drive over, it was really fun!"