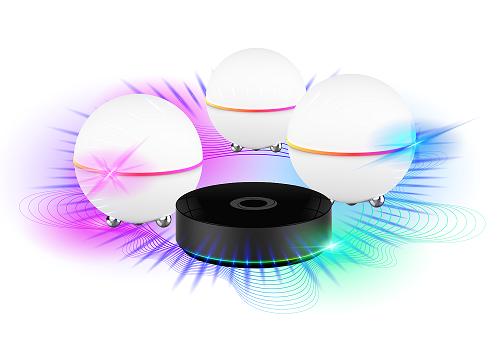 The Homesh Controller let's you connect and control any of your Homey Pro with the Homesh Satellite App installed on it. You can control any Homey from Any Homey. Now, ofc, certain things of the Satellite App will not work on the 2023. Those functions, like LED and Sound, will be filtered out (in the near future). So, any Homey Pro can either be the Controller and or a Satellite. A WhiteBall could be the Controller starting a flow on the BlackPuck Satellite! It can even be the same device (don’t know why you would do that, besides testing tho). You can: * Let the satellites speak (through Athom or Google). * Play Soundboard sounds. * Play music urls (mp3 large then 900kB and wav are supported). Like from the Google Services App, Universal Music Player App or the FTP Client App. * Set a screensaver from the LED-Ring Collection App. * Play files from the Micro Web Server App. * Currently requires the controller and satellites to be on the same network.