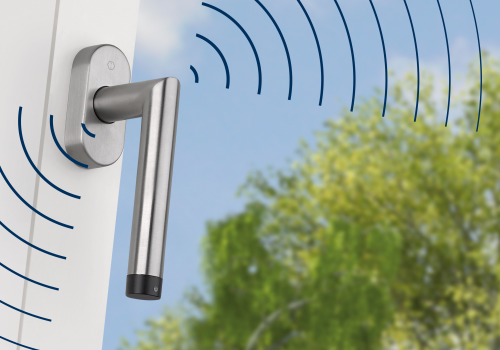 eHandle ConnectSense - Keeping an eye on the window The HOPPE eHandle ConnectSense reliably detects break-in attempts through a window and reports those to the Homey smart home control centre. Both, the position of the handle (closed, tilted, open) and the position of the window itself (closed, open), are detected and reported. These positions can be checked through a smartphone anytime; a detected break-in attempt can be transmitted via push notification. Using a special algorithm, the handle distinguishes an actual break-in attempt (e.g. prising open the window) from an accidental shock (e.g. caused by children playing ball). Through the Homey smart home control centre users can define preventive measures via further integrated gadgets that are to be activated in the event of a detected break-in attempt, e.g. lowering the shutters or switching on the lights. Independent of break-in attempt detection, users can define scenarios that ensure greater energy efficiency and convenience, e.g. automatic curbing of heating or air-conditioning while the window is opened for ventilation.