The entire month of April has been focused on two major priorities: improvements of the current software, and the new Homey Smartphone App.

Most of our time has been invested in the stability of Homey’s communication with Z-Wave, 433 MHz and 868 MHz. While debugging we found some queuing problems in the Linux kernel (specifically the DMA engine, which handles packets from and to both the Z-Wave chip and Microcontroller). In Homey v1.5.11 we think we have solved this issue, and it is being tested now. Additional work is still being done on this to improve even more, like separating small and large packet queues to achieve a higher throughput. Additionally, some Node.js Z-Wave parts have been re-written to be faster and more reliable as well. 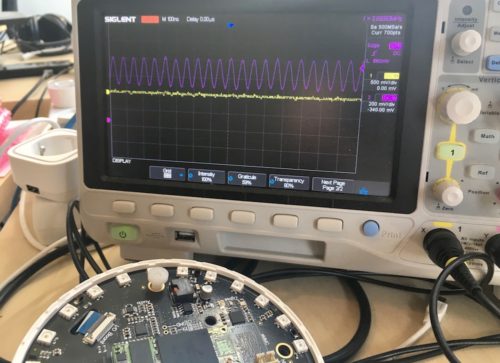 Homey with an oscilloscope

The 433 MHz and 868 MHz antennas work using Homey’s microcontroller, and the firmware for that is getting shape as well. Next to a massive stability improvement, it’ll make it so much easier for us to tweak the parameters that influence receive and transmit range in different households. Imagine this as being physical knobs we can turn, like finding the best reception for a station on an old radio.

We are also very excited about the progress on Homey v2.0.0. It mainly consists of stability improvements and a better structured back-end, which is required for a public release of the Web API. We are completely switching to database storage of devices, flows etc., which makes the Backup & Restore feature much easier to implement. 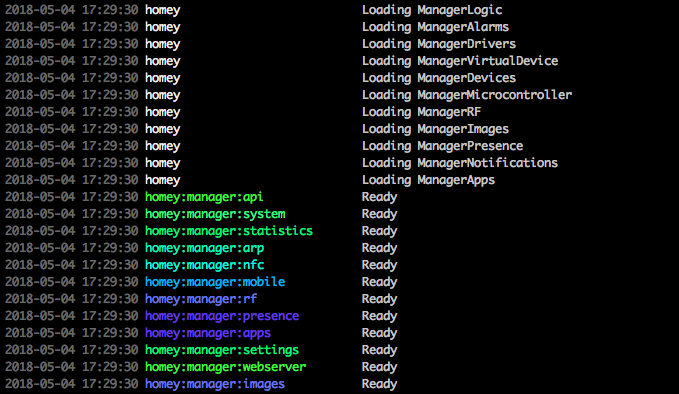 Homey v2.0.0 – What we see in those mysterious logs

Another thing we’re very happy with is that device capabilities are now independent of their device class, so Flow cards are now shared between these capabilities. (To give an example why this is useful: before, a device with class ‘other’ had to implement their own ‘onoff’ Flow cards. Now these cards are added automatically, saving the developer work and creating consistency across Homey). 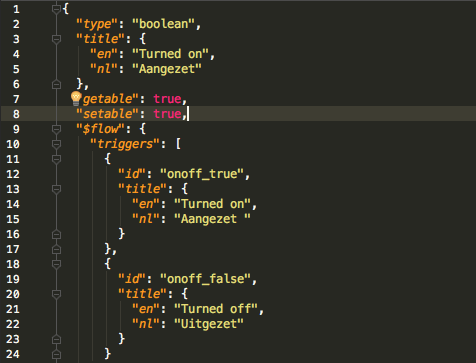 homey-lib with Flows per Capability

We have also upgraded Athom Cloud. All Homeys are currently connected to my.athom.com, but with the removal of this service as of Homey v2.0.0 we have created an upgraded version, called Athom Connect. This service literally connects all services we have to Homey, is more robust, and makes it easier to add extra features in the near future (like Share a Flow). 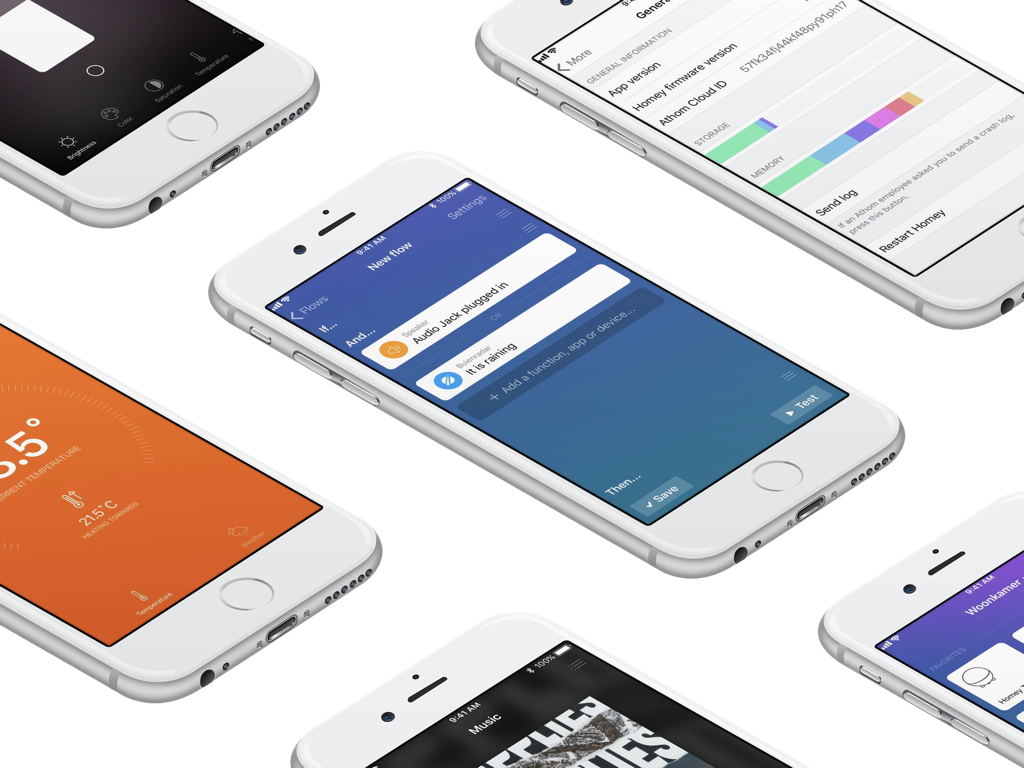 Finally, the Homey Smartphone App is also almost ready for a public beta. We know, we’ve said it before, but now it’s really really almost ready. And we’re excited to release this beta! At Athom, we are using it internally for a while now, and barely touched a desktop since. Apart from using Homey for MS-DOS, of course.

We’ve also answered some questions asked by the community. Read them here.